There are more than 3,000 farmers’ markets operating in the United States currently, according to the U.S. Department of Agriculture, generating in excess of $1 billion annually. Is there any difference between buying from a chain supermarket and your local farmers’ market? Yes, says E Magazine, the online environmental magazine, for a number of reasons, not the least of which is your family’s health.

Aboutproduce.com has boiled down the benefits of eating more fresh fruits and vegetables: reduced risk of coronary heart disease, stroke, obesity, and some types of cancer, including cancer of the stomach, esophagus, and lung.

Yes, but…don’t we get the same nutrients from the produce sold at chain supermarkets? Not exactly, says Lola O’Rourke, a registered dietician in Seattle and spokesperson for the American Dietetic Association. “Fruits and vegetables contain their highest levels of nutrients when harvested fully ripe and eaten soon afterwards,” she says.

Unfortunately, much of the produce available at national chains is trucked in from all over the country, often picked green, treated with chemicals to retard ripening and dipped in wax. Much of the produce is weeks old when you buy it in your grocery store. In contrast, locally grown food travels only a short distance from farm to table. It’s pulled from the ground or plucked from trees and bushes 24 hours before consumers purchase it, and brought to market in reusable containers.

The benefits of farmers’ markets are far-reaching: They help preserve farmland and the rural landscape; insure the continued economic viability of the small family farm; counter the growth of agribusiness with its devastating impact on people and places, while supporting clean, environmentally sensitive farming practices; conserve energy; help maintain biodiversity in food plants; and contribute to regional prosperity.

 Buy only the amount you can use in a short period of time to avoid having to throw away spoiled produce.

 Look for produce that is free from unusual odors or colors and signs of spoilage such as mold.

 Handle produce gently to reduce bruising. Bacteria can thrive in the bruised areas. At the grocery store, keep fresh produce on top of other foods in a shopping cart — and separate from fresh meat — and set it down gently on the counter at the check-out line.

 Remember that buying underripe produce isn't always the best option. Peaches, cantaloupe and nectarines are examples of fruits that may soften during storage, but they won't ripen.

 When buying cut produce, keep it cold during transport. Put it in a cooler with ice if traveling a distance.

 Wash all fruits and vegetables with cool running tap water right before eating. Don't use dish soap or detergent because the FDA hasn’t approved or labeled these products for use on foods.

 Scrub melons with a brush and running water, because bacteria can be transferred from the outside of the melon to the inside by a knife.

 Don't cross-contaminate: Use clean utensils and cutting boards when peeling or cutting up produce. Wash cutting boards with soap and water, rinse and sanitize between uses. A solution of 1 teaspoon bleach per quart of water is considered safe and effective.

 Cut away bruised parts before eating. Remove the outer leaves from lettuce and cabbage.

 Avoid serving sprouts to at-risk populations like the very young, old, or those whose immune system isn't able to function at normal levels.

 Keep fresh cut produce cold by placing serving containers on ice. Perishable food should spend no more than two hours in the "danger zone" (40 to 140oF).

 Store produce in containers that are free from excess liquid.

 Refrigerate cut produce and use within a few days. 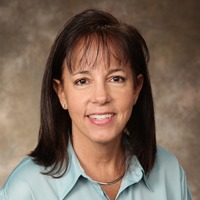 Licensed since 1993, I have experienced many successful years in real estate~starting with Residential Sales and now as the Sales Manager of the Anderson Office. Real Estate is my full time profess....

Pricing Your Home to Sell

Often times people want to know specific things that can have an impact on the price they will be able to list and/or sell their home for.  Below are the most impactful factors when pricing

There are more than 3,000 farmers’ markets operating in the United States currently, according to the U.S. Department of Agriculture, generating in excess of $1 billion annually. Is there any

Time to think about lawn care

Lawn care needn’t take up all your time, but you do need to make a commitment to having healthy grass. Why? It not only provides a comfy carpet for kids to play on, but prevents soil erosion,

Spring Cleaning ChecklistIt's time for spring cleaning. This is the time of year for deep cleaning that you don't have time for on a regular basis. If the task seems too large, why not break it up

By registering, you agree to our terms of use and that real estate professionals and lenders may call/text you about your inquiry, which may involve use of automated means and prerecorded/artificial voices. You don't need to consent as a condition of buying any property, goods or services. Messages/data rates may apply.